The residential-office tower is rising near the new emerging business district of the Bay Area in Pasay City. The resort-inspired property provides a well-protected enclave for all those who are looking for a serene environment within a bustling city. It is a mere minute away from the prime entertainment and shopping centers in Pasay City.

Your new home will be just a walk away from the Entertainment City where many recreational centers are located. Some of the most famous facilities and entertainment complexes near the Ice include the Solaire Resort & Casino, Aseana City, Okada Manila, City of Dreams Manila, Resorts World Manila, Bayshore City Manila, and PAGCOR Entertainment City, among others. Moreover, numerous embassies surround the Ice; such as the US Embassy and the Japanese Embassy (across Roxas Blvd.). Some of the corporate and government offices near the ICE Tower include the GSIS Headquarters, PNB Financial Center, Manila Film Center, Wrld Trade Center Manila, DFA, NBI, Pasay City Hall, Toyota Manila Bay, Philippine Airlines Head Office, and the Philippine Trade & Training Center, among others. 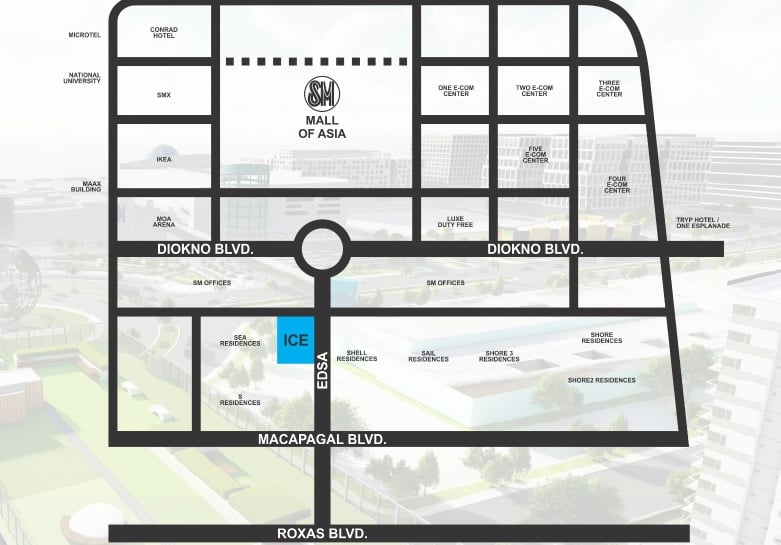